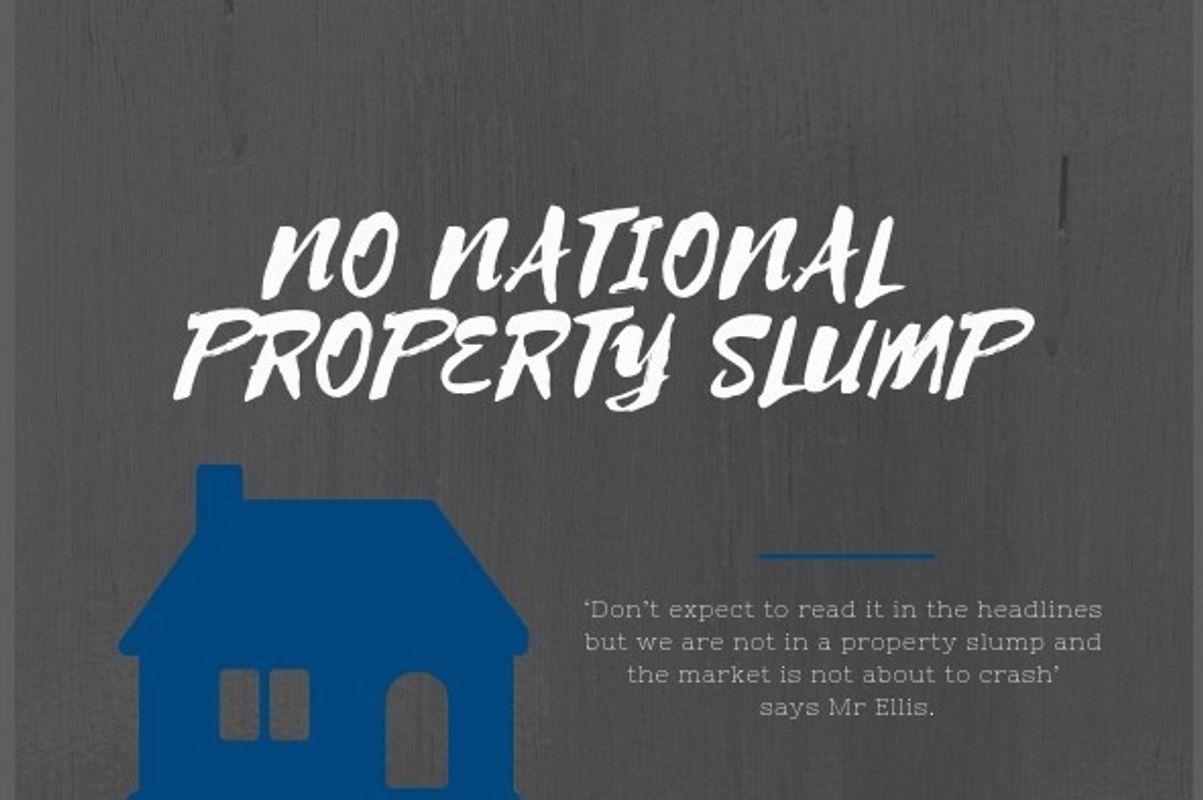 According to the head of Australia’s largest independent real estate network, there is no national property slump and Australians should be more optimistic about our economic and property market outlook.

First National Real Estate chief executive, Ray Ellis says there is much to be optimistic about nationwide and that declines in sections of both Sydney and Melbourne’s property markets do not make up a ‘national market’.

‘Don’t expect to read it in the headlines but we are not in a property slump and the market is not about to crash’ says Mr Ellis.

‘Housing prices in regional Tasmania and its cities are growing strongly, Adelaide, Brisbane and Canberra are all ahead of where they were at this time last year and Brisbane will soon absorb its current supply of new apartments. Perth is about to turn the corner and many regional areas, including some quite close to Melbourne, have extremely positive outlooks. Even Melbourne’s west is up 1.4 per cent over the past 12 months.’

Mr Ellis points out that Australians have enjoyed a strongly rising seller’s market since the Global Financial Crisis and that the gains in some areas have been stratospheric. As with all market cycles, he believes it’s now time for the areas that experienced the most rapid growth, and particularly the most expensive properties in those areas, to adjust back to more realistic levels.

‘Those negative adjustments in the highest quartile skew the data significantly, exacerbating a sense of gloom, but again, that doesn’t indicate what’s going on everywhere’ says Mr Ellis.

‘Current circumstances present great opportunities for first home buyers in Sydney and Melbourne, now that foreign and Australian investors have retreated after much tighter lending restrictions were introduced. Plus, a trend of homeowners from Sydney and Melbourne selling up and moving to Tasmania, Adelaide and Brisbane is underpinning moderate growth in those markets.

‘There’s plenty of unsatisfied demand out there and when that combines with our increasing population, which is still growing by 300,000 per year, and the fact that we have declining unemployment, what we are witnessing is an evening out of our markets more generally and a return to more normal conditions’.